Continental meals are the suppers eaten in European countries, it is otherwise called Western cooking.

It tends to be viewed as worldwide cooking that incorporates nourishment from American food, Latin America, England, Australia, and New Zealand.

Ever come across the phrase “continental breakfast” before? If yes, I’m sure you have thought about the meaning in different ways.

Some people think continental breakfast is eating the breakfast of another continent in your own continent.

Funny how that sounds right? Other people have a different perspective entirely.

They say continental breakfast is the breakfast you get on a plane when you are traveling across a continent.

Well, this article is set to explain the myth in detail. Sit back, grab a chair as we start our journey into knowledge.

The term “Continental Breakfast” came up among the English in the mid-19th century. As of then, Britain referred to the countries of mainland Europe as “continent”.

Therefore, whatever made up the “continental breakfast” was the breakfast common to the Europeans.

When migration started happening, the English took it up as a way of serving the Europeans that were not styled towards the American Breakfast.

It initially raised dust, as American diners were opposed to having non-hearty meals on the front burner like they were used to.

Eventually, it finally gained popularity among hoteliers. That’s the basic reason continental breakfast started showing up in hotels, especially in the U.S. 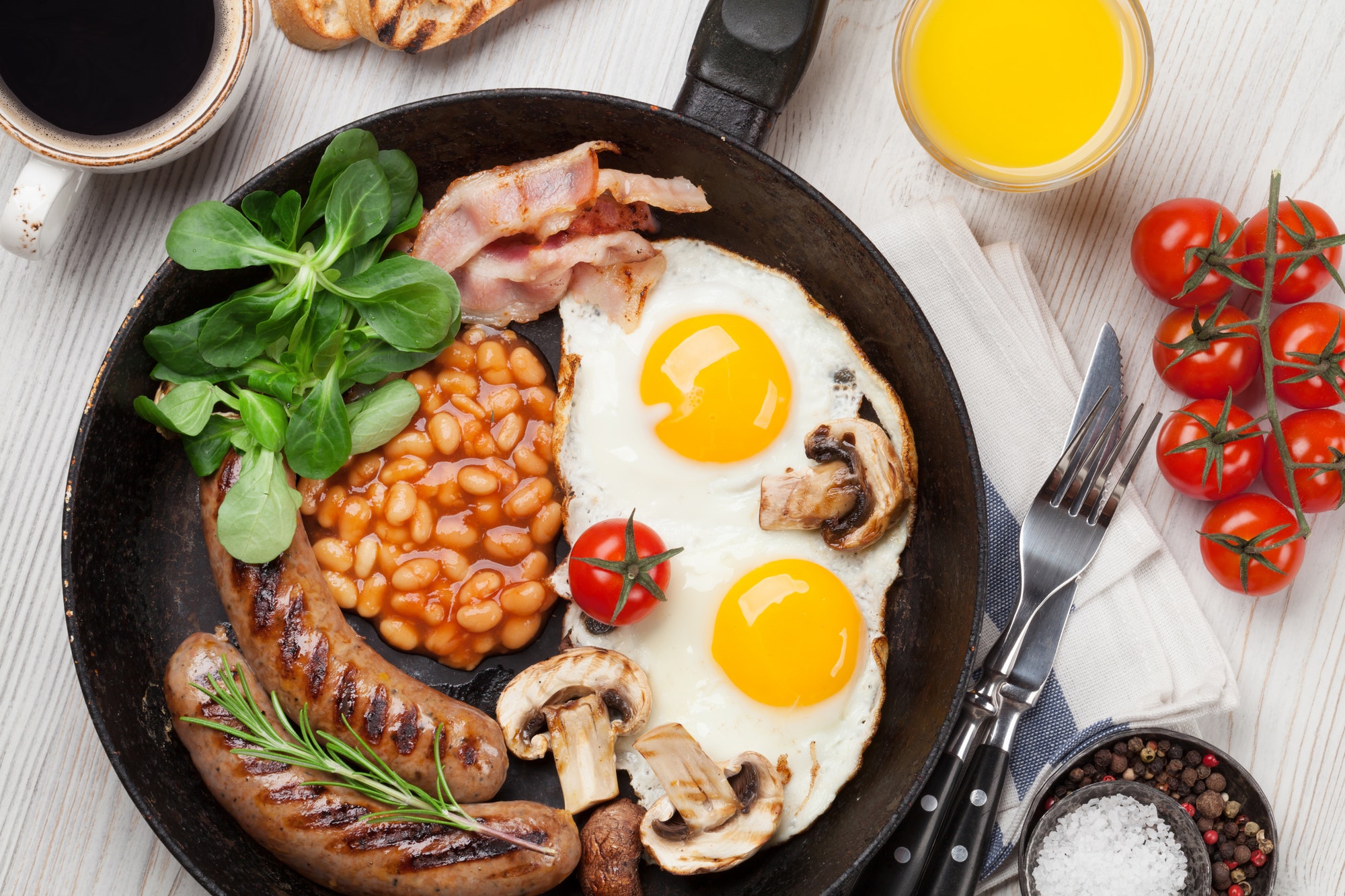 The English breakfast in contrast with continental breakfast is very heavy.

It may include bacon (traditionally back bacon), fried, poached or scrambled eggs, fried or grilled tomatoes, fried mushrooms, fried bread or buttered toast, and sausages.

This may be a whole lot to start the day. Continental breakfast, however, is on the lighter path and always consists of bread products.

For most hotels, the main difference between continental breakfast and breakfast is that the former is served cold, while the latter is served hot.

Continental breakfast reduces costs for most hotels because cooks are not needed. All that is needed is waiting for you to serve it.

What Makes Up Continental Breakfasts? 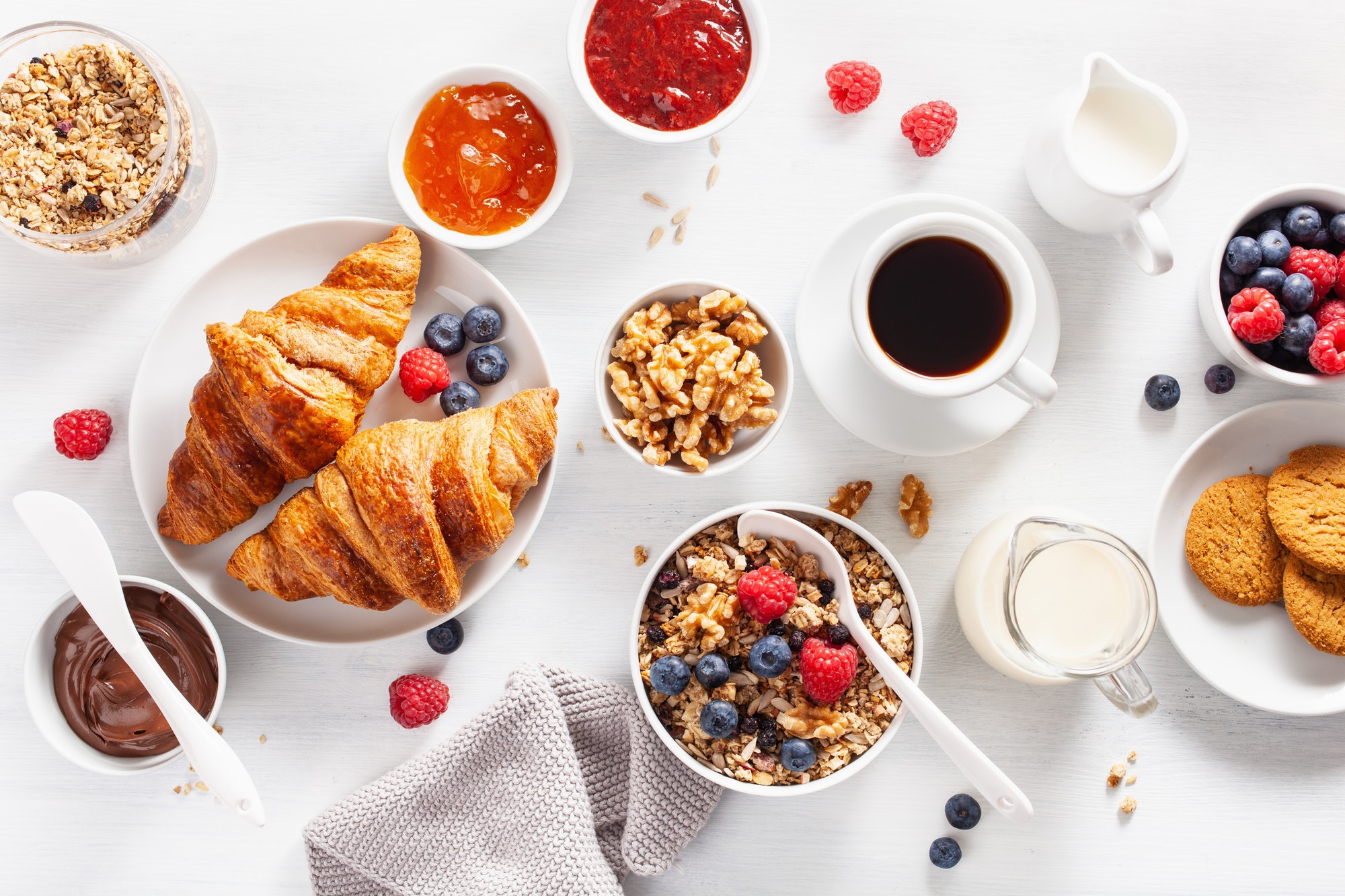 This forms a major part of continental breakfast. Dough from Austrian origin well flaked with butter.

It is folded  to give a unique shape. It has a lot of health benefits itemized below:

This a very good source of protein and fat in the form of a dairy product. It is usually gotten from the milk of cows, sheep’s or goats. It is then acidified and coagulated. Coagulation itself is what transforms the milk into solid or semi-solid.

The solid is thereafter separated till you have your cheese. The different tastes, however, depend on the animals’ milk being used, its breeding process and so on. Cheese also has its health benefits listed:

Standard continental breakfasts also have fruits in them.

The health implication of fruits cannot be overemphasized. Source of potassium, fiber, vitamins and folic acid. It also puts one at a reduced risk of chronic disease as it helps build up the immune system. 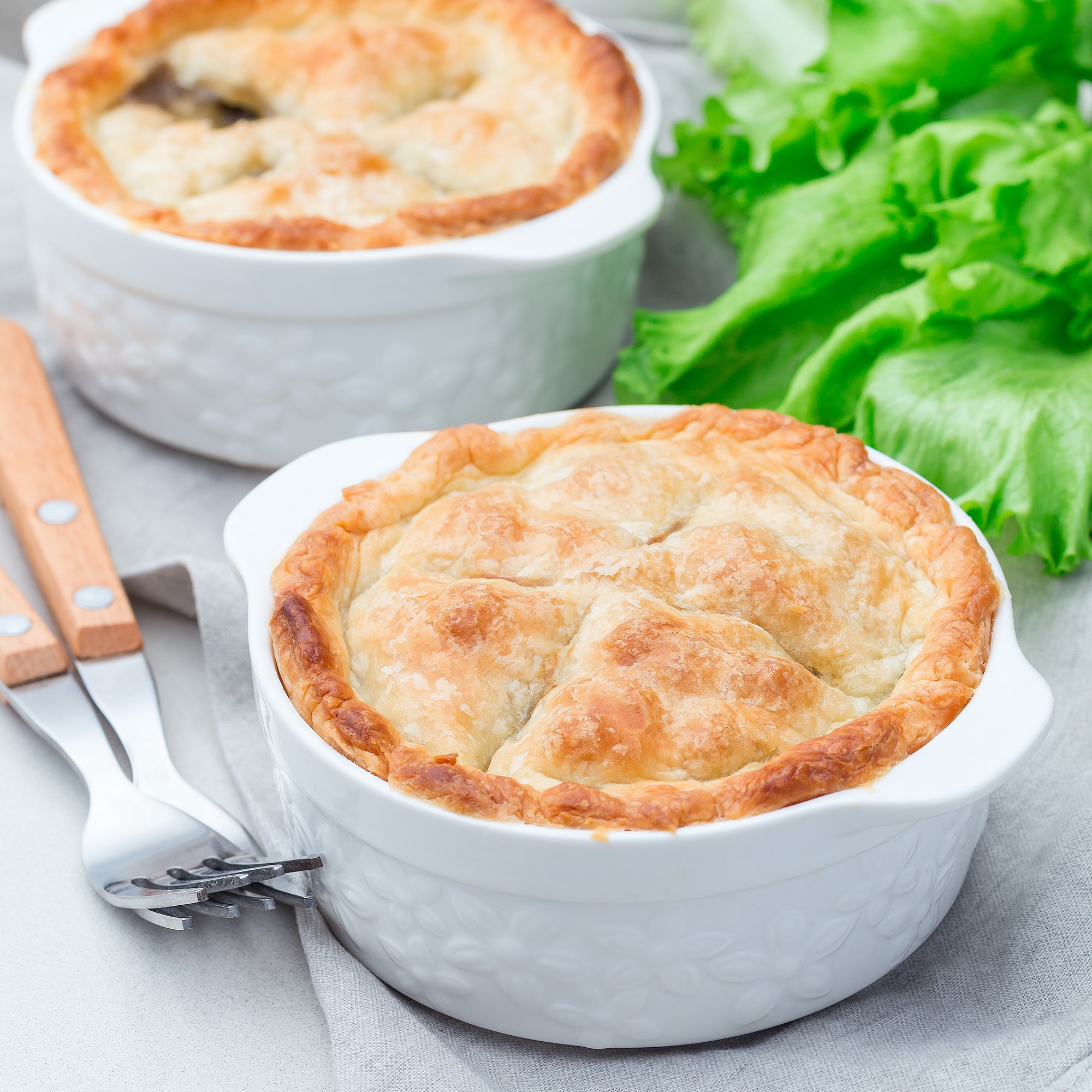 Pastries are made of dough, water, solid fat and could be either savored or sweetened. Pastries are widely referred to as the “bakers confectionery”.

It is quite different from bread because it has a higher fat content, and is designed to be light, flaky and airy. Its health benefits can be found below:

As part of the “continental breakfast” is the fruit juice. Natural fruits are juiced and served.

These fruits can be mixed to give different flavors or might be taken in a particular order. One point to note is that the juice used is always fresh.

Also included in a continental breakfast is a beverage.

It is commonly either tea or coffee. Sweeteners may also be included for the user’s preference.

Any of these could be included to eat the croissants. Some offer all of them for you to choose from while others restrict you to one.

These explained above are the major ingredients of a continental breakfast. We arranged for you some most famous European continental dishes.

These are the suppers that went to the neighborhood table from Western food. 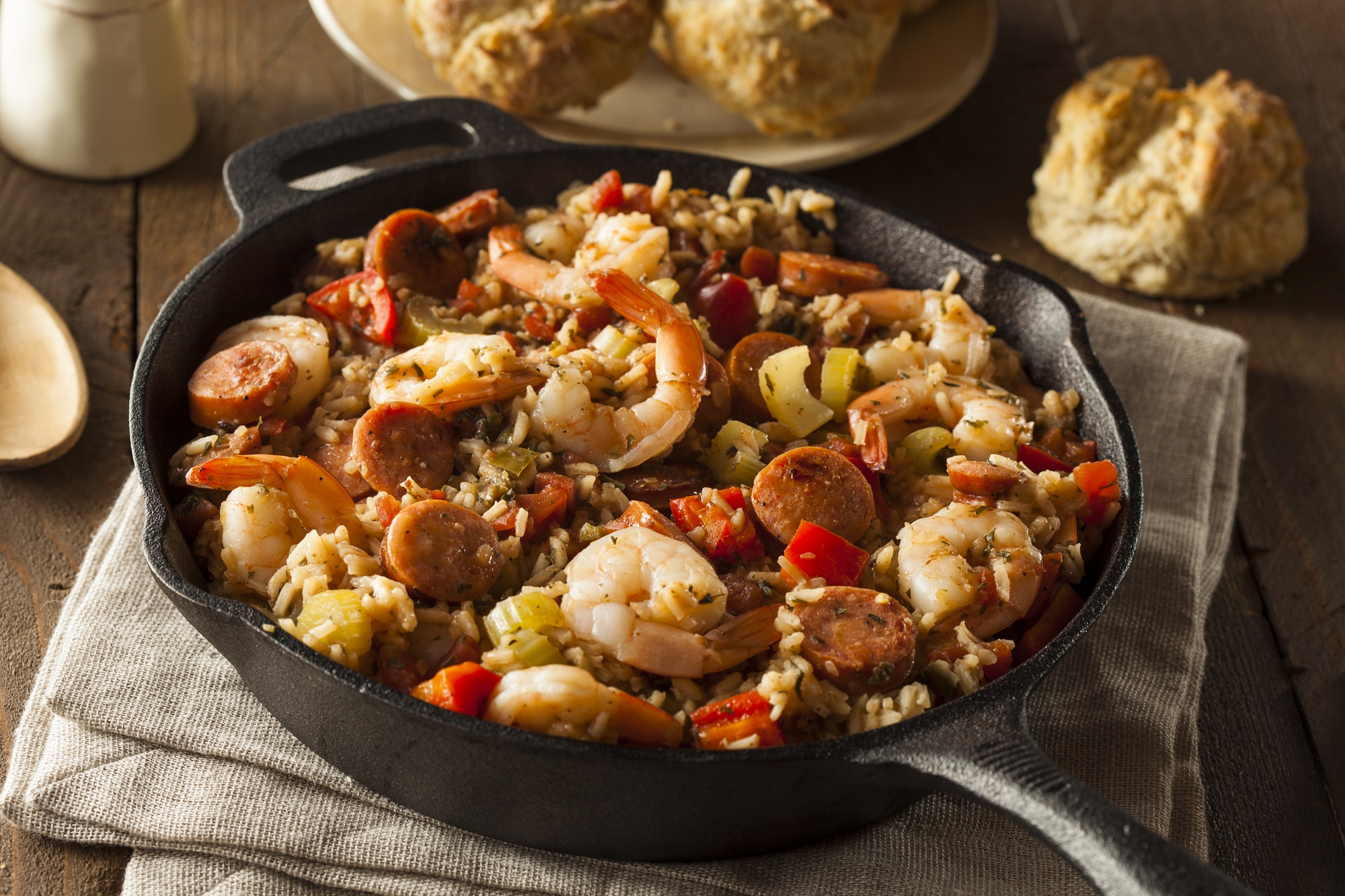 Singed rice is known everywhere throughout the world, however, this sort of formula is affected by Western European cooking. “Jambalaya” can be interpreted clutter, mishmash.

It is a fitting name, since you simply take distinctive delectable things and put them in a pot, cook them and get a delightful rice dish.

The uncommon fixing that makes this dish diverse is hot-dogs. The conventional formula incorporates white rice, onion, green pepper, smoked hot-dog, celery, pork and it is totally cooked together.

The receipt is very simple, so it is a smart thought to attempt.

This sweet treat from North America that got mainstream in popular places. This is a scrumptious little firm seared treat.

As a result of cornmeal, it has an intriguing surface, and it requires pretty much 20 minutes for readiness.

One more dish that can be viewed as the mainland is Menudo soup. This soup is a Mexican soup and the name signifies “little stomach.”

The fundamental fixings are meat, limes, onions, cilantro, and peppers.

It requires around 7 hours to cook however it doesn’t forestall the ubiquity of the supper. 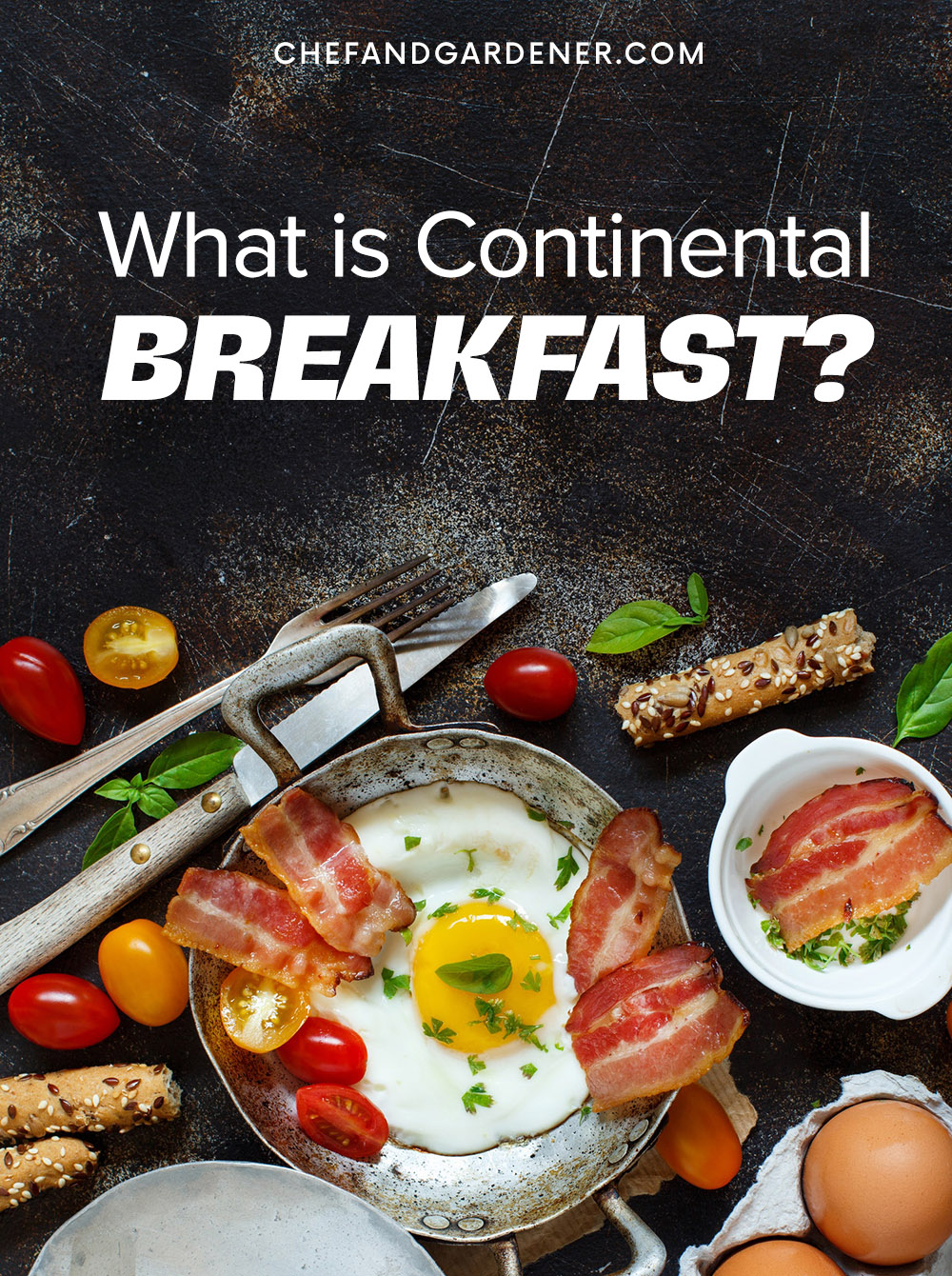 Another cause of a feast originated from modern Mexican cuisines and now modernized.

The technique for an arrangement is simple, one needs to take corn batter, herbs, and flavors, the filling enveloped by banana or corn leaves and steamed.

Frequently individuals use meat as a filling, however, it can likewise be cheddar or dark beans. This bite is extraordinary for open-air exercises or occasions.

One can discover instances of mainland dishes nearly at any edge of the earth.

On account of globalization, the mainland dishes turned out to be across the board.

There are numerous eateries close to you where you can arrange nourishment for any sort of cooking.

Read next: Rice Cooker Usage: How to And 15 Things You Can Cook With It