Cooking is an interesting art of preparing food for ingestion and there seem to be lot’s of cooking techniques for making your meal but each with the common application of heat, there are so many food recipes which means you have to be aware of all the cooking techniques needed to make them.

The techniques used in making a dish can affect what the dish is like more than the ingredients itself.

How many cooking techniques are there? Virtually any kind of recipe can be made in a conventional oven and there are many appliances for making cooking fun and easier but there are also other cooking methods that are considered healthier.

A wide range of foods can be boiled too, like vegetables, eggs, pasta, rice, joints of meat, fish, sauces, poultry, and soups. 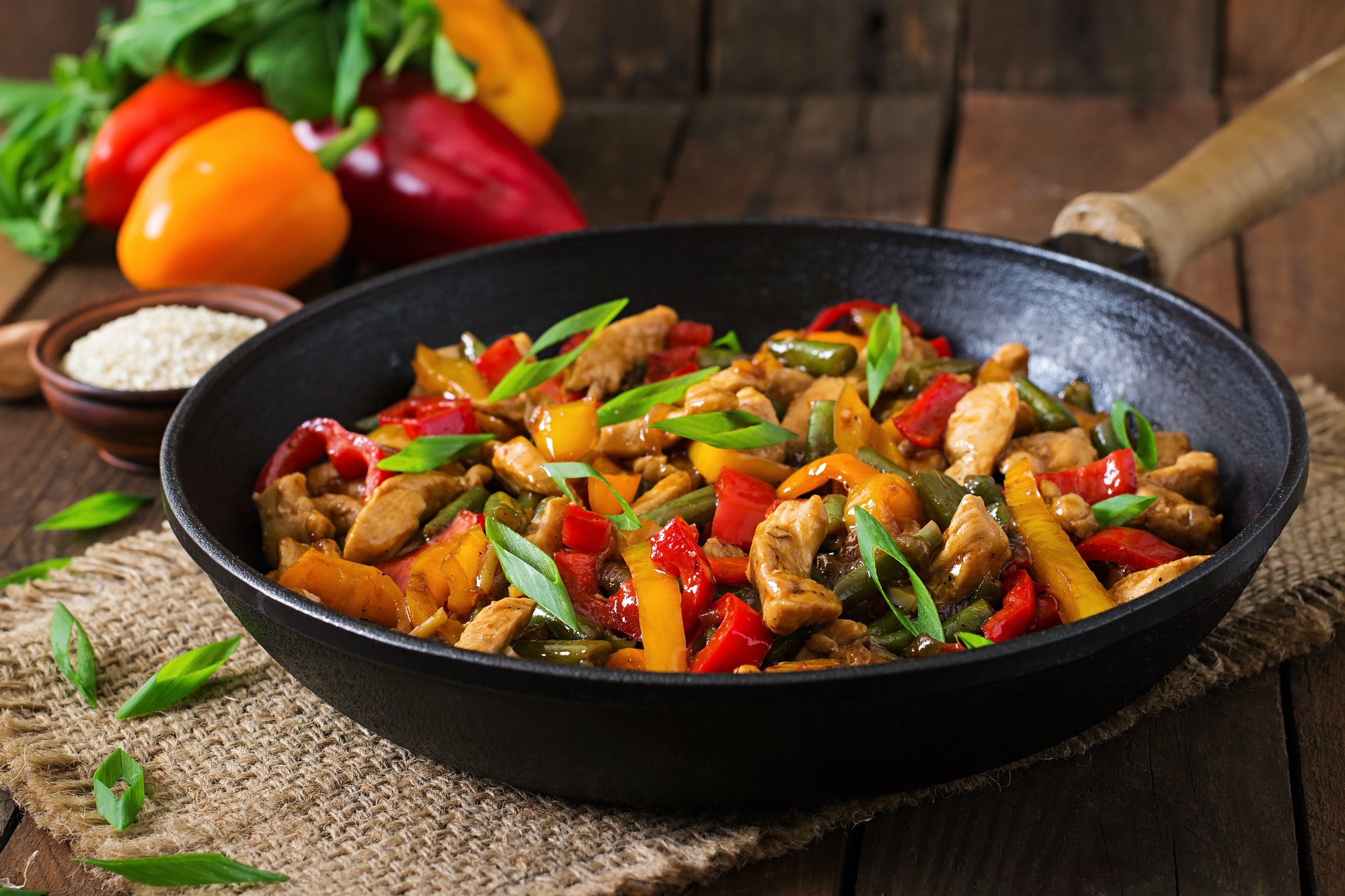 Frying is another well-known method of cooking, in a classic stir fry, the food is always cut into similar bite-sized pieces so it can be cooked evenly, this technique of cooking involves moving food using a cooking utensil of some sort and shaking the pan itself, the heat beneath the pan must be very high and with very little oil.

This is popular for cooking in Asian cuisine, ingredients are always added starting with the one that takes longer to cook and finishing with the shortest ingredients.

Roasting is pretty similar to baking but it is the least hands-on cooking technique, roasting is a cooking method that uses dry heat where hot air covers te food and let you cook it evenly on all sides with a temperature at least 150º C from an open flame.

Roasting can’t be done on all kinds of foods but it can enhance the flavor of food.

Searing is another interesting cooking technique, it is a technique in which the surface of the food is cooked at a high temperature until a brown crust is formed.

A small amount of fat is used when using this technique, the browning caramelized the natural sugars in the food and for instance, in the case of a fish, you only have to sear it on both sides and the cooking process is complete but in the case of tough meat, the searing is the first stage followed by braising or roasting.

Deep frying is also referred to as fat frying and it is a cooking technique where food is submerged in hot fat, the result is a crispy golden brown exterior and a fully cooked interior.

People often considered deep-frying food unhealthy but this depends partially on the kind of oil being used and how much is being used.

Braising is a combination cooking technique, it is a  term is used in conjunction with meat, typically before braising the foods is first sauteed and seared at a high temperature then it is completed in a cover pot at a lower temperature while sitting in a little amount of oil.

Aromatic vegetables like carrots, onions, and other seasoning are sometimes used in this cooking method along with the liquid.

Steaming is one of the healthiest techniques used in cooking, it works by boiling water which vaporizes into steam and it is the steam that carries heat to the food and the fact that the food is cooked above the heat and not submerged means that all the nutrients stay where they belong in the food. 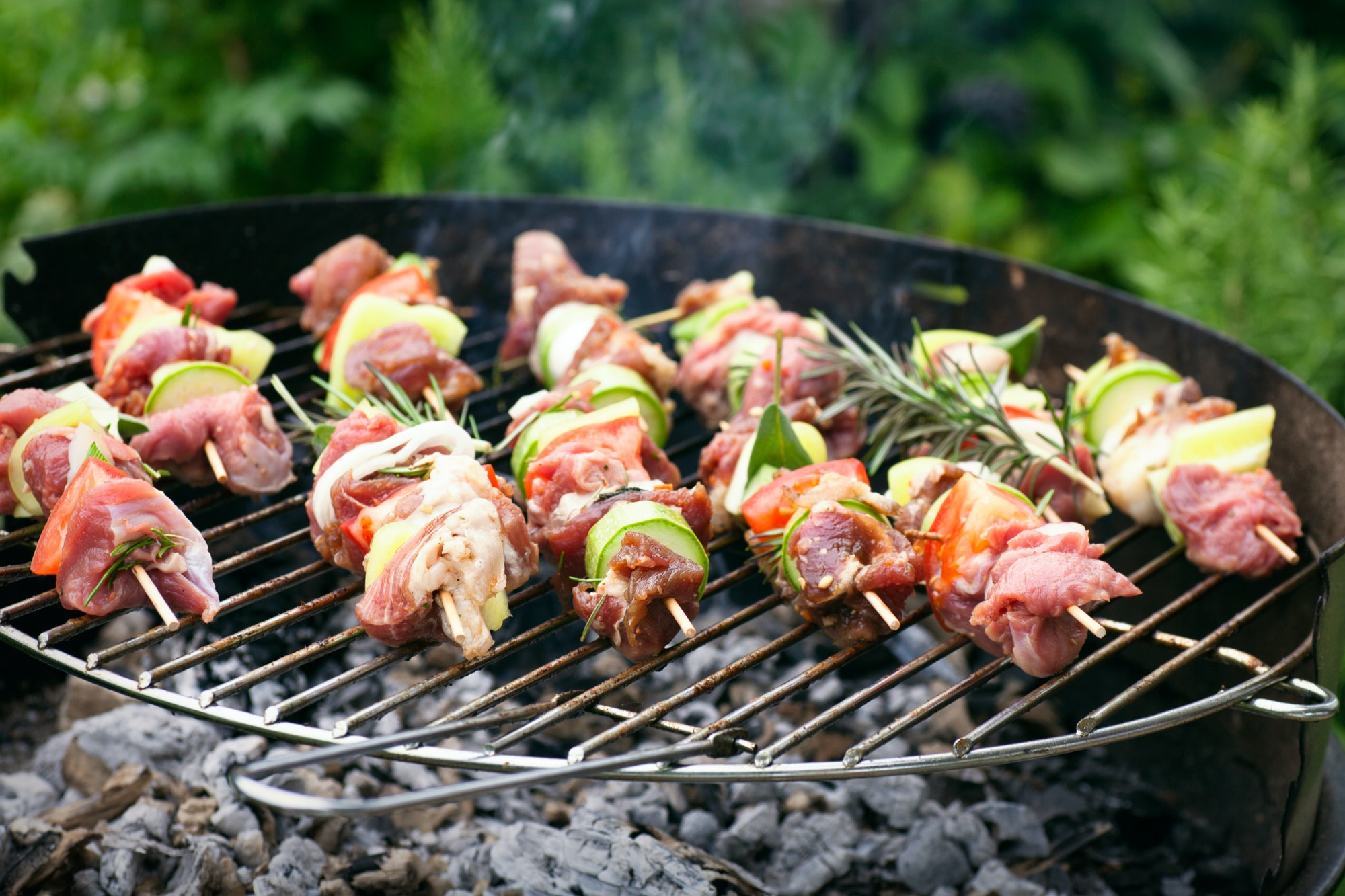 Grilling is a form of cooking that involves dry heat, it is a technique of cooking food over direct heat, usually fairly high heat.

Grilling is a well-known way of cooking and tender cuts of meat, poultry, various kinds of fish and shellfish are well suited to grilling, you can have vegetables and some fruits grilled as well.

Grilling is a very fast technique for cooking although the timing varies widely from food to food and from grill to grill.

Sauteing is a really popular method, to saute means is to cook food quickly in a minimal amount of fat over relatively high heat, the definition of sauteing literally means to ”jump” in french and it describes how foods react when tossed around in a skillet.

A variety of fats can be used ranging from butter to various oils or a combination depending on the food you are sauteing. Sauteing is somehow between stir-frying and searing and can be used for making different kinds of food.

broiling refers to cooking food under a broiler, it is a lot similar to grilling but broiling is a top-down heat while grilling is a bottom-up heat.

Broiling is very different from roasting and baking as the food is turned during the process.

Foods that take best to be cooked with this process are foods that cook through quickly so they don’t burn before they finish cooking inside.

Next great read: Will Cooking Food Kill The Coronavirus?