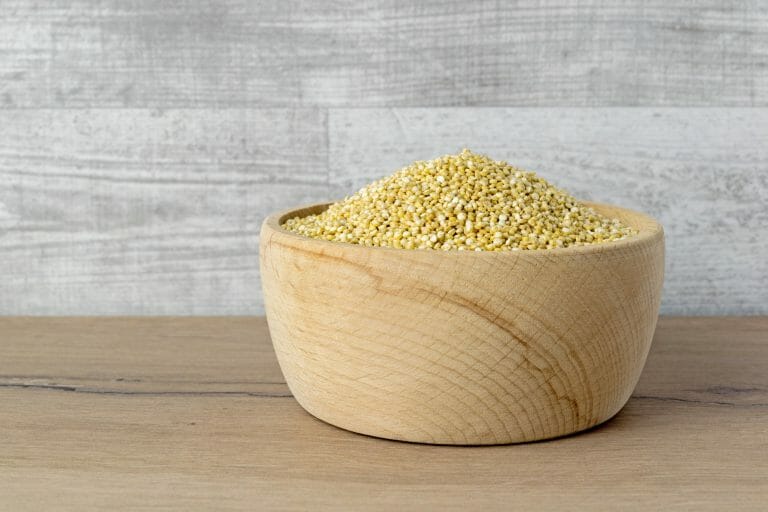 Quinoa has recently become a common food choice for many homes and it has a reputation for being healthy but is quinoa healthier than rice?

There was a time all you could get in town is rice until recently when quinoa could also be found on this food chart, rice is one of the most commonly consumed ingredients on earth for many and quinoa is recognized as the second most cultivated grain on the earth, it also has a resemblance to short-grain or millet.

Rice and quinoa are a versatile food and despite the misconception about quinoa being a grain due to its similar texture to rice, it is still very nutritious food.

Certain varieties of rice are considered a powerhouse and this is way before the existence of quinoa and the fact is that both of this ingredients are widely consumed and although there are wide varieties of rice in the world, the two common types are white and brown rice, both are known to have a high amount of nutrients and fiber.

When it comes to our health, our diet has a major role to play and for a healthier body, what you put in your mouth is very essential, if you love rice as much as you love quinoa then the real question to ponder on nutritionally is which of these ingredients will emerge on top? 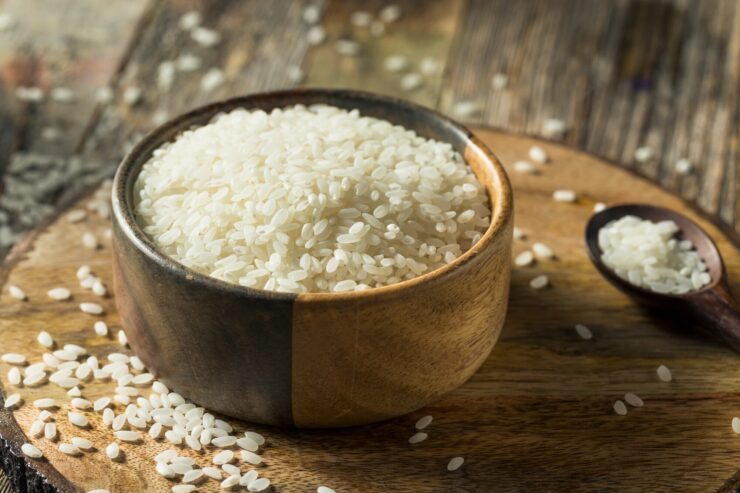 Quinoa can be said to be similar to whole grain and it has a reputation as a very healthy food choice for you if you are trying to lose weight and also whole grain quinoa can be prepared like brown rice or barley however comparing quinoa to brown rice has its limit as both has its advantage (1).

Long white rice has undeniable be a choice of meal for many households, it is delicious and has been an affordable carbohydrates choice for many cuisines all over the world but consuming too much of this has its own disadvantage one of which is making your blood sugar shoot up really quickly (2).

White rice has been estimated to provide more than one-fifth of the calories consumed by humans in the world however there are many varieties of rice and its nutritional value varies all over the world but quinoa is widely consumed due to its higher quantity of fiber and protein (3).

Is quinoa better than white rice? Quinoa is not just a seed but a complete protein and great substitute to white rice as it is gluten-free and much high in protein compared to rice, a cup of quinoa will provide you with twice the protein from white rice, additionally, quinoa contains less calory which makes it a better option for diet plan and it contains all nine amino acids your body need to stay healthy (4). 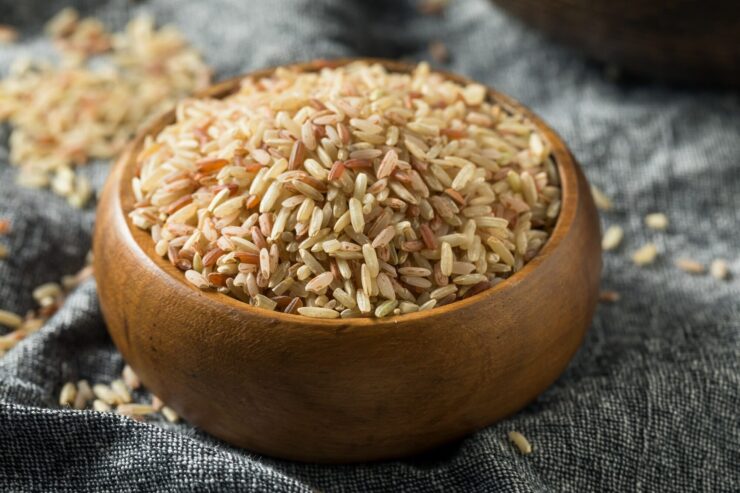 Brown rice is a far healthier option to white rice and it is higher in fiber than many other refined carbohydrates, it is the best choice if you are trying to lose weight but is this darker grain healthier nutritional ingredient compared to quinoa?

Quinoa is not a healthy source of nutrients but also eating a bowl of quinoa every day is shown to help reduce the risk of premature death that can be caused by heart disease, diabetes, cancer or other chronic diseases however brown rice is just as healthy, it has numerous health benefits.

The differences in health benefits between brown and white rice is a result of the method of processing, brown rice is healthier as it retains it’s healthy bran and germ throughout processing, unlike white rice whose process requires removing it’s bran and germs and is commonly artificially enriched.

Brown rice and quinoa are both healthy options and one advantage brown rice has over quinoa is it’s potential to help reduce blood pressure (5), it helps the body effectively use insulin, increase potassium level and help lose weight however quinoa has the same similar effect of the body which makes the two ingredients similar.

Is Quinoa Healthier Than Rice? 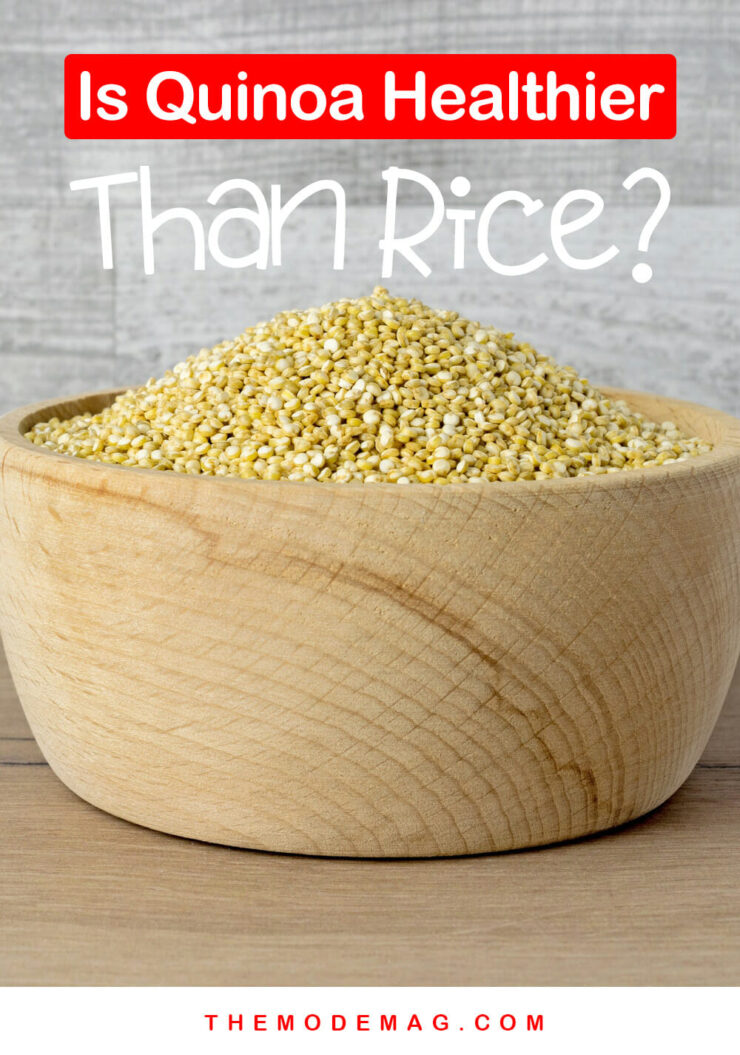 Quinoa is an amazing source of protein and considered a healthy choice as one cup of quinoa contains 5 grams of fiber and while it might be comparable to brown rice as it contains similar calorie count and micronutrients per cup serving however quinoa contains a few amino acids unlike brown rice and it is more beneficial to your health.

Quinoa is higher in iron and magnesium than rice and additionally, it is recommended that you opt for brown rice or quinoa and you can be sure to create a tasty healthy meal with any of these two ingredients.

Quinoa has gained just as much popularity recently as rice and at the end of the day, whether you choose to go with quinoa or rice, you can create an amazing healthy dishes with any of these two ingredients as both have healthy recipe options waiting for you.

In terms of mineral count, quinoa is taking the lead as it is higher in magnesium and iron than rice but brown rice contains more manganese and selenium however quinoa is a more beneficial choice compare to any form of rice.

Just like quinoa, rice is gluten-free and also has the advantage of being light on the stomach thus a good choice for people with stomach upset.

Read next: Coconut Milk vs Coconut Cream: What’s The Difference?