The number of digital casinos is increasing each day, which is why it’s impossible to guess how many card games are out there. This, combined with the emergence of the latest technology allows online gambling platforms to launch new games often, which is why you might be spending your free time on such platforms.

If you’re a fan of cards, you might be getting bored with traditional ones such as Blackjack or Craps, which is why you might be looking for something else to try. Luckily, our article below can help. Here is our list of the top eight fun casino card games that are massively underrated:

Brag or as it’s also commonly referred to as three-card poker is similar to the traditional card game, however, it does have a twist to it – you’ll only be playing against the dealer. As the name implies, you’ll have to beat the dealer by utilizing only three cards, and this particular variant could include up to 7 opponents. The game starts when the dealer gives three cards – facing up – to each individual, as well as three to themselves.

Of course, wagers are made before each card is dealt and when the person in charge deals all of them, the players could choose to increase or withdraw their wagers established on what they observe. Since there will be more than half deck will be dealt, it’ll be up to you to determine what cards are left, and which ones could the dealer has. In the end, the dealer will show their hand and you’ll learn whether or not you’ve lost or won the round.

If fun is what you’re looking for, fun is what you’ll get by playing Casino War. It’s one of the options on this list that is completely based on how lucky you are and it’s all about getting the highest card possible. Wagers are placed on whether the individual or the dealer will get the winning card and since all the cards will be face down, it’ll be extremely difficult for you to guess, which is why it’s a game based on pure luck.

Now, if the player and the dealer have cards of the same value, a war is declared. Next, each person will get an additional card until one individual manages to get the highest value from the deck. It’s a really interesting and fun option to try, one that’ll most likely provide you with hours of good entertainment, which is one of the main reasons why you should seriously consider trying it on an online gambling platform.

The first thing that you should know about this underrated game is that it has been played for a really long time – since the 17th century. In the past, it was enjoyed with 32 cards, however, at this moment, it’s enjoyed with an entire deck, meaning that you’ll be using it with 52 cards. The faro table will retain one suit of cards on it – in most situations, it’ll be the spades – and the individuals playing will have to guess – put wagers on – which cards the dealer will turn around.

The cards will face value, and, of course, the order in which they’re turned around and you’ll even be capable of reversing your wagers, but, only if you gave special tokens or chips. This particular game has been enjoyed by various famous people including John Holiday and even Casanova! And, if you’ve played the 2014 Assassin’s Creed game, you might have already played Faro without realizing it!

If you recently started playing online card games, you should definitely opt for playing DRAGON TIGER, mostly because it’s considered to be one of the easiest card games for beginners. Basically speaking, it’s a two-card interpretation of the well-known Baccarat, and to be more precise, two cards are drawn from the deck, one going to the Tiger, and the additional one to the Dragon. The individual, you, will need to wager on which one will get a higher value.

You should know, each of the cards drawn is valued as in poker, however, there is one difference – the aces are extremely low. There are also other proposition bets that you could make on every card, there can be ties between the two opponents, and there is also a two red/two black rule, meaning that you could place side bets that both of the cards on the table will be either black or red. It’s an easy and fun game to play, which is why you should try playing it.

Teen Patti also referred to as flush/flash is a card game that originated in India and that is somewhat similar to the first game we’ve mentioned – three-card poker. But, the main difference is that the people playing will only receive one round of 3 cards facing up. Like the previous game, the players will then have to raise or fold based on what they observe, and once again, it’s one of those games that will depend on how lucky you actually are.

Besides Teen Patti, you could also try playing Yablon, which again is a three-card online casino game. A lot of professional players compare it to red dog poker, hence if you’re familiar with it, you won’t have any issues playing it. During the matches, the suits don’t really matter, and the wagers will take place when the third card is revealed to the players. It’s an interesting and fun game to play.

Whether you’re just starting out with online gambling card games or if you’ve already become an expert in the traditional options and are looking for something completely different, the games we’ve mentioned in our list above are not only massively underrated, but they’ll also provide you endless hours of entertainment and fun.

Since you’re now familiar with all the new and interesting card games that you should try, you really shouldn’t spend any more of your leisure time reading articles similar to this one. Instead, you should opt for one of the options we’ve mentioned above and start having fun! 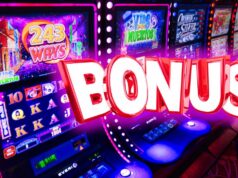 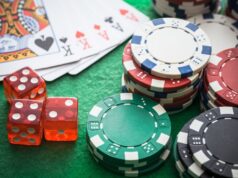 The Rise of Cross-Platform Compatibility Casinos

Are Electric Bikes Really Eco-friendly? What About Their Batteries?

How To Finish Dissertation Quickly

How Many Sessions Does It Take To Remove Pigmentation?

How Often Should I Send Out My Real Estate Postcards?

What’s so Special about Expensive Skincare Products? Are They Worth it

8 Most Common Recycling Mistakes We Are Making Every Day