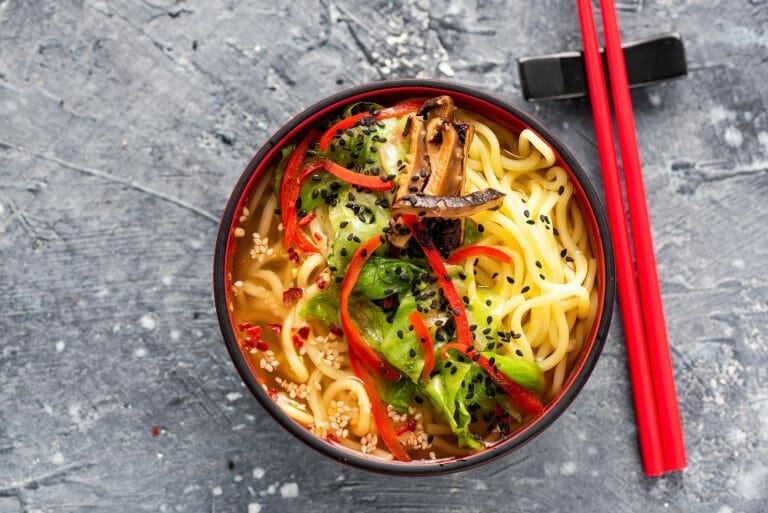 What is the difference?

Noodles are considered are an indispensable dish for Japanese diet along with rice and sushi, they are different ways you can enjoy udon and soba noodles and they play an important role either for an iconic lunch, a festival dish or a quick dinner fix and while these two noodles are both Japanese dishes, they are quite a few difference between them and are used interchangeably.

There are many different types of noodles in Japan and they are known to be a country in love with their noodles however udon and soba noodles happen to be the favourite for many, both are very delicious and although not yet popular in other countries.

Soba and udon can be found in different kind of dishes and there are many ways they can be prepared, not many foreigners can distinguish these two dishes however in this article, we explain how they taste like so you can try them with pleasure and go for the one you find suiting when next you visit japan.

There is also a bouncy quality to these noodles however keep in mind there are some other varieties of noodles that also measure up to this noodles, read on to discover all you need to know about soba and udon noodles.

Related read: Can I Make Toast In My Air Fryer? 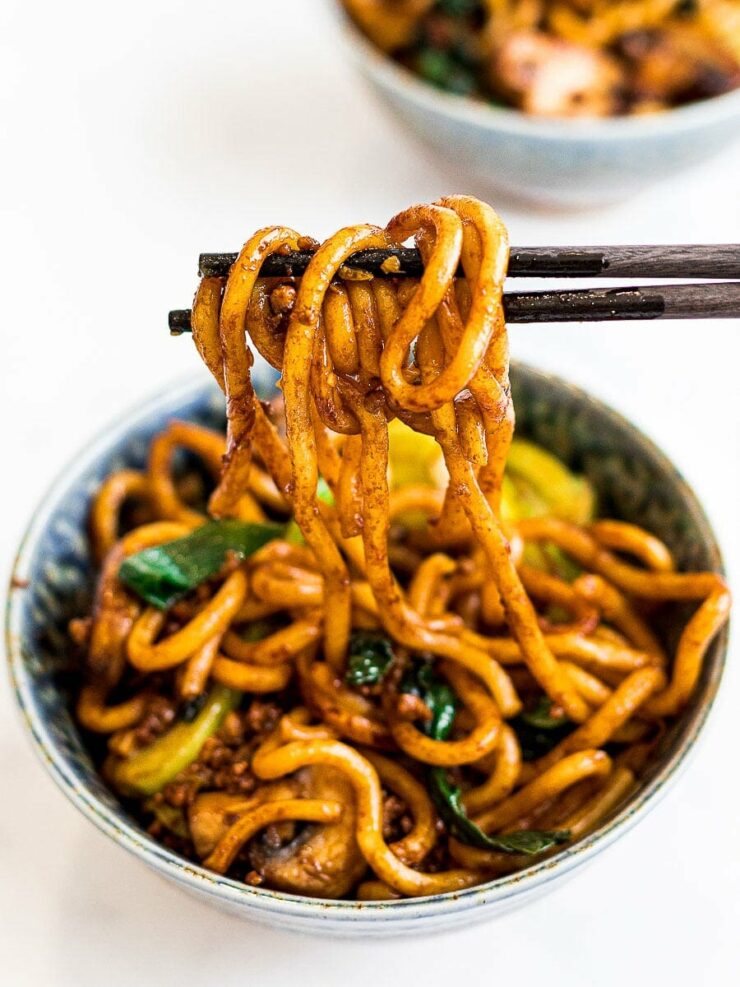 Udon noodles are frequently used in Japanese kitchen and are made by kneading wheat flour, salt and water, it is often served hot as noodle soup and it’s really simple and delicious.

Udon noodles Can vary in thickness, it is usually dense and has a creamy white appearance, these noodles are thicker and chewer than soba noodles but are equally very delicious and versatile as well.

You shouldn’t miss an opportunity to pick up udon noodles next time you have a chance, this noodles has a mild flavour and can be served in a light broth as a noodle soup, in a thick curry sauce or enjoy it cold with a dipping sauce.

Udon noodles are quite popular among foreigners who are visiting Japan for its light taste and it is one of the most suitable dishes you can tell visitors about and it is also delicious when it is stir-fried with vegetables and meat.

Udon noodles main ingredient is wheat with a unique noodle taste and it is used frequently in Japanese cuisine and in terms of taste, they are chewier than soba noodles and both noodles can be different in terms of flavour, preparation, shapes, preparation and presentation from region to region. Udon noodles are just as delicious and versatile as soba noodles and the characteristics of udon noodles are that it is served very firm, a bit like a dense pasta.

One of the interesting characteristics of udon noodles is its flexibility as they can take on any other flavours and texture, they are also known to be easy on the stomach and due to their mild flavour, they can easily meet any tasters demand.

This noodle is also popular as it is inexpensive, delicious and can be eaten on the go. it can be made at home as it is easy to make and udon noodles can also be fried along with vegetables and meat. 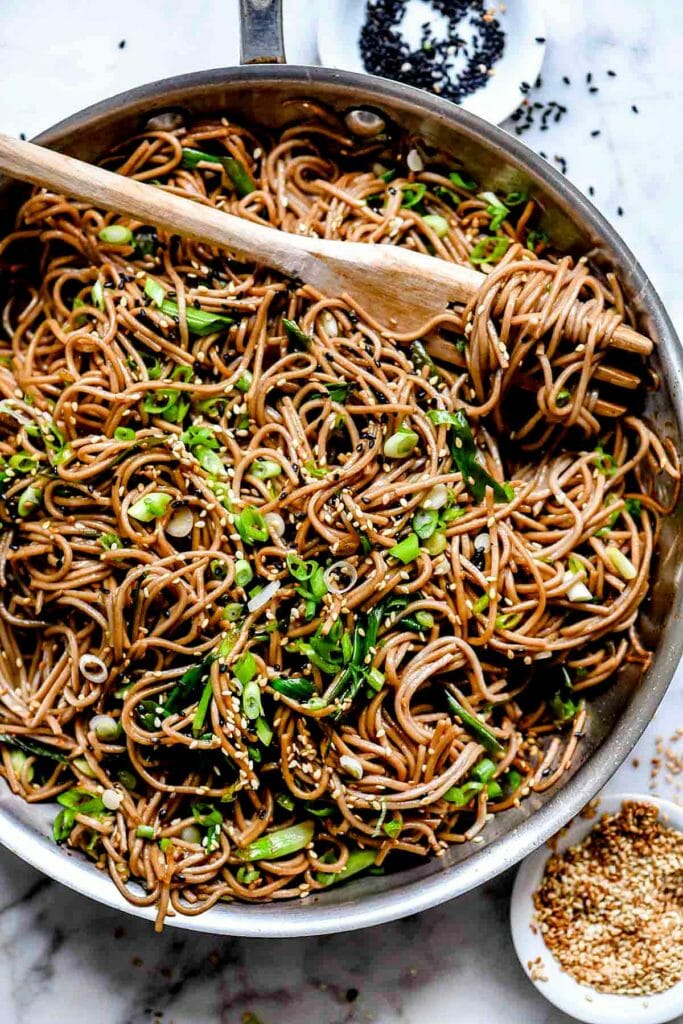 Soba is the Japanese name for buckwheat as they are made primarily out of buckwheat flour and this has been a long time favourite noodle for Japanese and recently they have gained more popularity as there are claims that they are healthy and safe to consume and there is because they are made with simply buckwheat which makes them gluten-free however it is important to check the ingredients before buying if you are looking for gluten-free soba noodles.

Soba noodles are regarded as luxurious dishes and they are generally thinner than udon noodles but the process of making soba noodles is similar to making udon noodles and they look flat like spaghetti but are usually light to dark brown-grey in colour.

Soba noodles have a strong nutty flavour is mostly sold dried and one of its notable characteristics is they generally have a light or dark greyish brown colour and also an earthy nutty flavour you can’t help but love.

Soba noodles are also served in noodles soup like udon and also has a distinctive taste, they are mostly served in cold salads or with dipping sauces. Soba noodles are classic Japanese dishes and are nutritious and considered a healthy choice if you have a gluten intolerance.

Soba noodles are the perfect option for those who are on a strict diet because they are low in card and calories, the broth that goes with soba noodles is quite delicious and with its pleasant and rustic texture, it happens to be healthy as well.

Making homemade soba noodles is quite easy as well as the ingredients are simple buckwheat flour, water and white wheat flour, the only hard part of this is when you have to roll it out, knead and cut into even noodles.

Udon vs Soba Noodles: Which One Tastes Better? 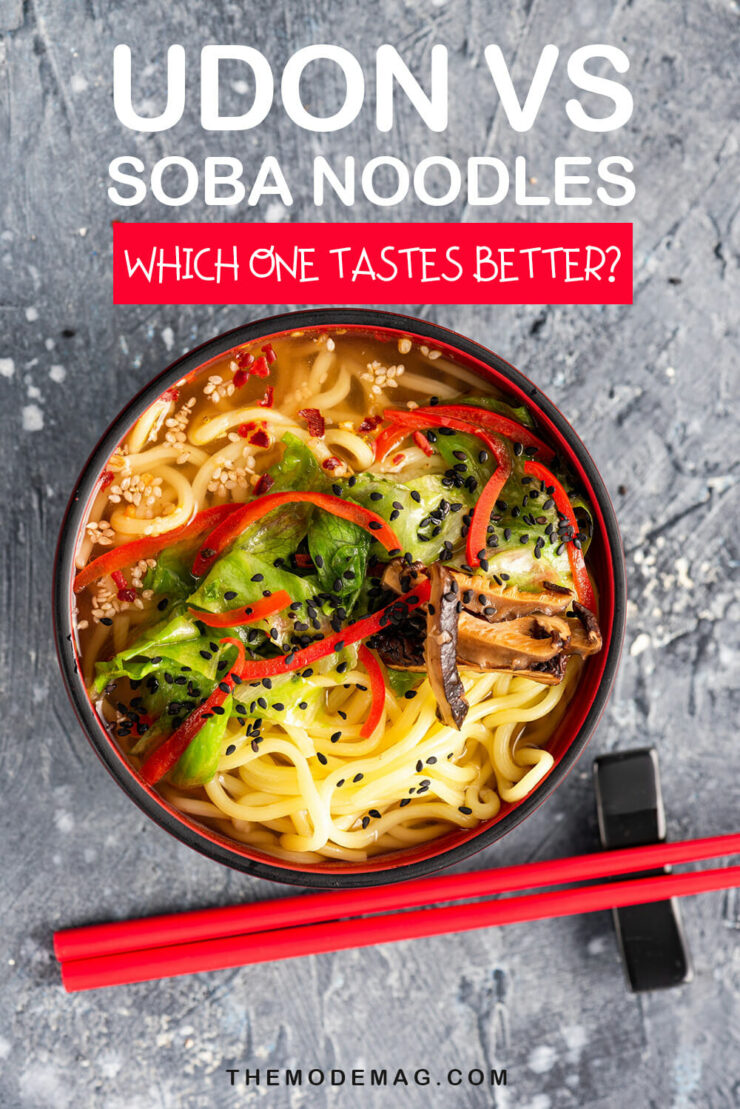 Noodle is another iconic dish for Japanese and Udon and soba noodles are found at the top of their noodles choice, they are varieties of days this two noodles can be served however they do not taste the same and we are sure there is no winner between these two noodles cause it is hard to choose one and they can both be enjoyed in the same style, here is a quick comparison of these two dishes.

Udon noodles have their own unique taste and texture made from wheat flavour which makes them milder in flavour to buckwheat and their neutral flavour makes it versatile and this goes for soba noodles as well however the taste and density of this noodles can vary depending on the region of japan you are eating it from.

Hopefully, the simple analysis of soba and udon noodles help you make a choice when next you visit Japan.

Read next: 15 Best Budget Indoor Grills In 2022, According to Experts