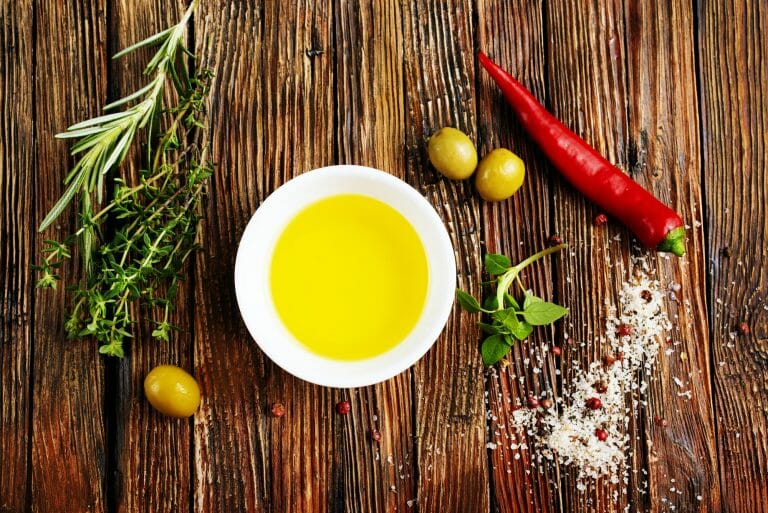 Cooking oil is essential in many households and commercial kitchens as well as it is used in a variety of cooking and dealing with the disposal of used cooking oil is something that can’t be avoided, it is very important to ensure that used cooking oil is collected and disposed of properly to help protect the environment, used cooking oil that is allowed to enter the natural environment can cause problems and this is unavoidable if it enters the municipal sewer system.

Pouring used cooking oil down the drain would not be such a great idea as it could have a terrible potential consequence you definitely want to avoid.

What do you do with used cooking oil? Whether you are frying bacon, browning ground beef or deep frying turkeys, the used cooking oil from this might come out to be a lot at the end of the day which brings about the concern on how it cook be properly disposed of or what to do with it.

After collecting the used cooking oil then figuring what to do with it is the next stage and fortunately, there are so many things you can do with used cooking oil and this article contains some of those things.

Where do you store used cooking oil?

It is important to properly store leftover cooking oil to avoid spilling them everywhere which could be messy and difficult to clean, store the oil in a cool dry place in a covered bottle or container and this means it shouldn’t be stored close to the oven or on over the fridge or microwave as it gets hot close to this things.

How can you tell if the oil is rancid?

You can usually tell if the oil has gone rancid by the whiff, if it smells off then it’s time to stop using it to cook, time to find other use for it that isn’t cooking.

If you are not completely sure, heat a few tablespoons in a pan and take another whiff, this should give you the verification you need to know if it the cooking oil is rancid and needs to be changed.

7 things to do with used cooking oil

Having a large amount of cooking oil to dispose of might come in quite handy, cooking oil can be repurposed in a number of different ways and many of these ways are perfect for putting used cooking oil to good use.

Some cooking oil can be reused but eventually passed the healthy stage of being reused, below are some of the things you can do with used cooking oil.

2. Removing Paint From Your Hand 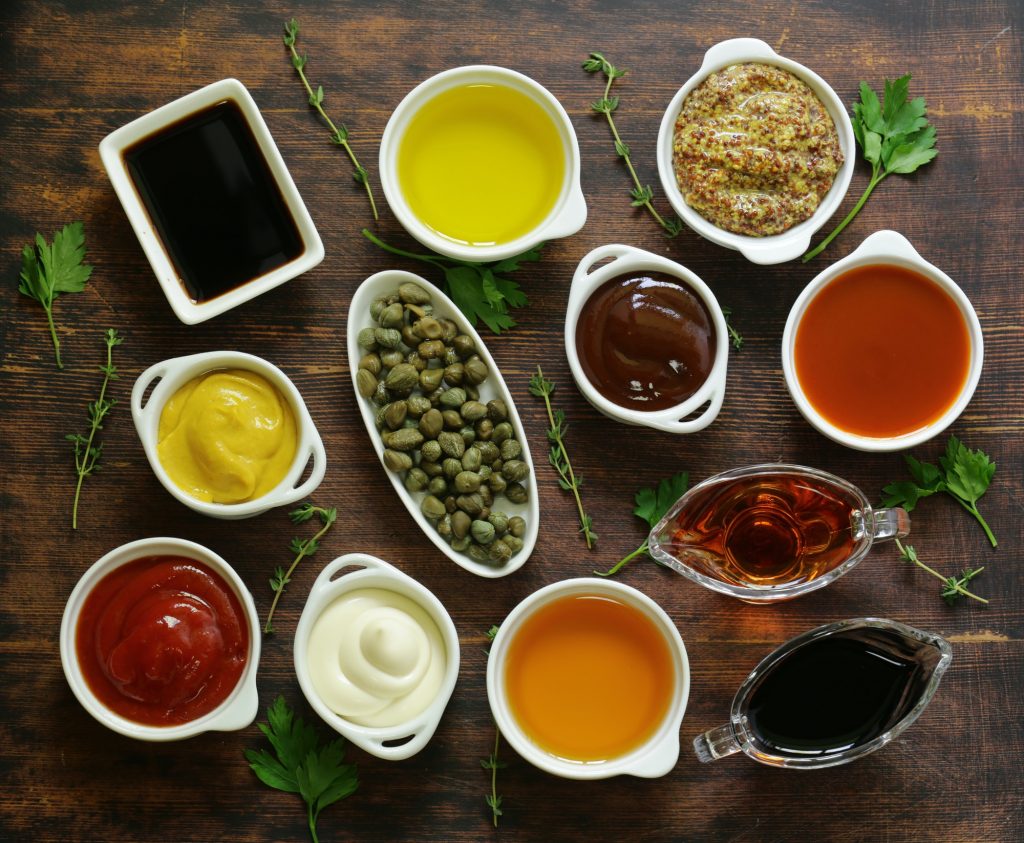 Used cooking oil may save your hands from paint.

Paint is one of the hardest things to wash off if it gets onto your hands but this will become easy with used cooking oil at hand.

Rub some cooking oil on your paint-stained hands and let it sit for 5 minutes then wash off your hands after and the paint will come off.

You can use any form of used cooking oil as a fuel for lamp and other types of fat like ghee or butter will work as well.

Used cooking oil can be made more useful if you have a vegetable lamp oil, it won’t produce smoke while burning, we all have that jar of used cooking oil that can be used for this purpose.

Used cooking oil is an effective lubricant that can be used for many things around the house, if you are not sure what to do with a large amount of used cooking oil then you might want to keep it as a lubricant for use on squeaking hinges to troublesome locks and a couple of other household tools that are in need of lubricant.

Used cooking oil can also be used in preventing rust on metals surfaces and objects such as tools.

Used vegetable cooking oil can simply be saved to be used as a hair moisturizer, it can be used as a home remedy for dry hair however the oil must be a carrier oil like the kind derived from the fatty portion of the plant and often used to dilute essential oils. 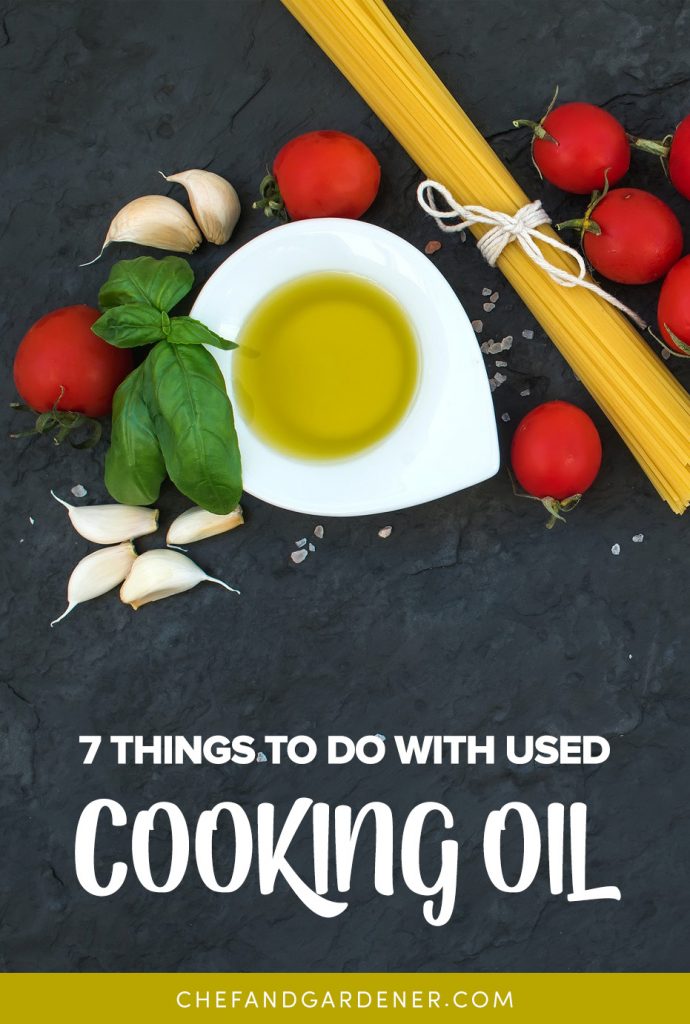 This very simple to use and you can save money and time restoring old and used furniture.

Make a mixture of equal parts of used cooking oil and vinegar then use it to polish your woods to restore it to a shiny one once again. Check out this recipe.

Adding used cooking oil to your composite pile can help, all you need do is add small amounts of used vegetable oil, this will help feed the worms that help with the composting process.

Ensure to only use vegetable oil as animal-based oil are likely to attract nuisance animals and cause pathogens to form.

There are so many effective uses for used cooking oil and this does not matter if it animal-based oil or vegetable oil, there are always ways to make use of it and this makes cooking oil one of the most reusable products in your home.

You should never dispose of cooking oil by pouring it down the drain or putting it in the trash rather you can find things to make with them, some of which are listed above.

There is no recommended number of times you can reuse cooking oil, however, take note of the indications your leftover oil is giving.

Related read: Cooking Methods: How Many Cooking Techniques Are There?